next to the category you wish to add to Farvorites.

This item is low in stock. 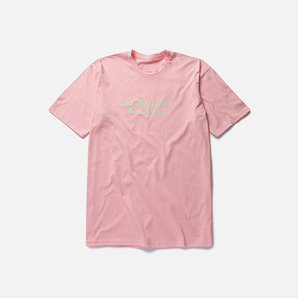 SIWON ‘No Challenge, No Change’ T-Shirt

[PREORDER] ~5/29 PM 2:00
-Expected to ship after June 25th
This product is made after order is submitted. Cancellations/exchanges/refunds are not accepted after payment. Please note before purchase.
Size Charts
TOTAL(Qty) 0

Discounted amount of your subtotal will appear when you place your orders.

[Notice]
* This product is made to order. Cancellations are only accepted within 24 hours of payment.
* Exchanges and returns are not accepted for simple change of mind.
* The colors in the images may vary depending on your monitor settings.
* Measurements may vary by up to 1-1.5 cm.

[Notice]
* This product is not suitable for children under the age of 14. Do not use for other than intended purpose.
* Compensation for defective products is provided according to Fair Trade Commission standards.

・The color of the actual product may vary from image depending on your monitor’s
resolution settings. The color and placement of the product label may also vary from image.

- You can only cancel orders that are in [Payment Confirmed] or [Pending Shipment] status.

- Please contact our CS center via cscenter_en@smtown.com in order to request for cancellation.

1. Change of Mind
We unfortunately do not accept exchanges and returns due to change of mind.

2. Wrong, Damaged, or Defective Items
If you received a wrong, damaged, or defective item, attach photo evidence (photos of the
whole item as well as damaged part) and submit a Private Inquiry or email us at
cscenter_en@smtown.comwithin 7 days of delivery.


[Not Eligible for Exchange/Return]

- Simple change of mind
- Wrong, damaged, or defective items that show signs of post-delivery usage or mishandling
- Made-to-order items, promotional items, and music albums for which a No Return/Exchange
policy is stated on the product page
- Differences in color due to the customer’s monitor resolution and/or photo shoot settings
- Product prints/patterns that differ from product image
- Return packages that do not include the promotional gifts in initial shipment
- Items purchased online from SMTOWN &STORE may not be
exchanged or returned at our offline stores.
- Items purchased from our offline stores may not be exchanged
or returned at SMTOWN &STORE (online).


- Included gift(s) must be returned along with the purchased item(s).
- Exchange/Return policies may vary by item. Please refer to the product pages for details.


[How to Return Items]

If you wish to return/exchange your item, please submit a Private Inquiry or email us at
cscenter_en@smtown.com first. You can refer to the return process below.


1. Within 7 days of delivery, attach photo evidence of your defective product
(containing both the whole item as well as damaged part) and include your order number,
product number of wrong/defective item, and reasons for return in your
Private Inquiry or email to cscenter_en@smtown.com

2. We will contact you once we process your return request.

3. Please include your order number, name, and ID on a slip of paper in your return package.

* Items returned without prior request and confirmation are not eligible for refund.
* Return Shipping Fees
- Refunds/exchanges are not offered for change of mind.
- For wrong or defective items, the store is responsible for return shipping fees.
* Cash on delivery is not available for EMS shipments. If you send us a copy of your return
shipment receipt, we will refund the shipping fee after confirmation.

- Change of Mind: Returns are not accepted.
- Wrong, Damaged, or Defective Items: The store is responsible for return shipping fees.
(For details, please submit a Private Inquiry or email us at cscenter_en@smtown.com)

This window will automatically close
when payment is processed.
Do not close this window until
processing completes.